Casual internet goers may or may not be familiar with the site called 4Chan, the sites official description states that “4chan is a simple image-based bulletin board where anyone can post comments and share images anonymously.” Sounds great right?

Well, 4chan has developed quite a bad reputation compared to some of  it’s counterparts in recent years, but why is that you may ask? a conversation between a reddit user called pinguino42 and an unknown original poster asking the same question gives a good understanding of the situation.

– There’s no upvoting/downvoting, threads appear based on how recent they were active, and after a thread is inactive for a while it gets deleted (though there are sites that archive them).

-Everyone is anonymous, there are no user accounts.

The anonymity is what makes 4chan 4chan. People can post whatever and not have it associated with them, which is why you’ll see them throw around the n-word or “faggot” as insults. Of course posting something very illegal will still get you banned.

That said, when you just say “4chan” everyone probably thinks of the /b/ board, which is the random, NSFW, anything goes board. That board has a reputation for being chaotic. There are other boards that are actually fairly tame, like /v/ for video games or /mu/ for music.”  (pinguino42, 2016)

I wouldn’t advise exploring the depths of 4chan, some of the content is seriously disturbing and is definitely not for the faint of heart, but is that the only thing 4chans users are capable of? Not at all 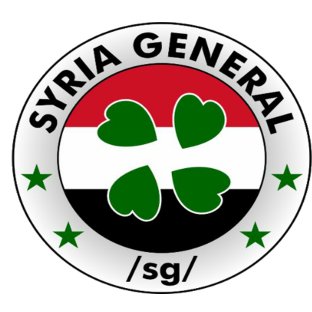 The 4chan sub-forum /sg/ (Syria General) accomplished an amazing feat and managed to  administer an airstrike on an ISIS training camp.

It’s crazy to think that something like this was achievable by a few anonymous internet users on 4chan. If you told anyone who is a fan of legacy media about this story they simply wouldn’t believe it. With the internet constantly growing and our sources for information rapidly increasing, we could easily see more cases like /sg/ in the near future.

But 4chan users might want to consider increasing their rep if they even want a little bit of recognition for their occasional heroics. 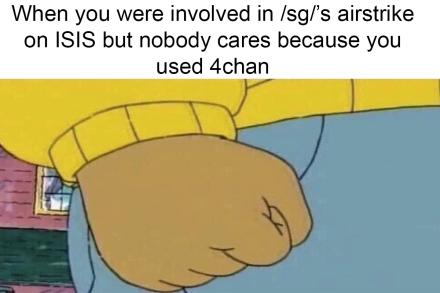