As discussed in the week 3 BCM300 seminar by Richard Hall using notes from Christopher Moore, board games are an effective way of transmitting stories, ideas and philosophies. In order for this to occur, there are two essential aspects of a board game which must work in conjunction with each other. These aspects are the games story (or narrative), and also the games rules (or mechanics). When creating a new board game, regardless of which aspect you develop first, both are just as important and should compliment each other to enhance the quality of the final product.

In a collaborative group of peers, we have been tasked with developing a concept for a prototype board game. Starting by pitching ideas for the narrative, our game ‘Dice Island’ began taking shape.

The narrative of our board game revolves around a plane crash onto a deserted island, where the only survivors are the players (2-4). The object of the game is to gather resources to create an escape raft to leave the island alive. There is no chance of waiting for rescue as the island is slowly being submerged from the rising sea level caused by the plane crash. Players can gather resources from both the plane wreckage as well as the islands natural resources. The only catch, there is only enough resources for one player to make it off the island alive.

The idea of being trapped on a deserted island is a theme explored in many other forms of media. Some that gave our game inspiration was the TV show Lost, and the video game The Sims 2: Castaway. 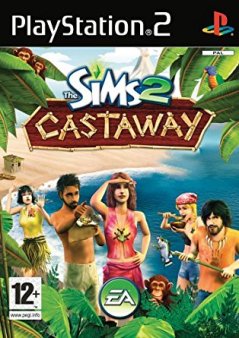 Lost, The Sims 2: Castaway, Cast Away

Our game follows the classic three act structure as discussed in the BCM300 seminar. Our game beginning involves setting up and explaining rules, the middle portion of the game sees tactics starting to be used as players get comfortable with the game play. Finally, our game ends with one player escaping the island and becoming the winner.